As part of Manila Water’s internationalization strategy, Manila Water Asia Pacific (MWAP) establishes itself as a formidable regional player gearing up to take advantage of new acquisitions and partnerships in the ASEAN region, particularly in countries that encourage foreign investments in the water sector. Given that the region is also among the most vulnerable to climate change with particular impacts on water security, MWAP’s foray into these countries provide the company with opportunities to share best practices and make a difference in the water sector. 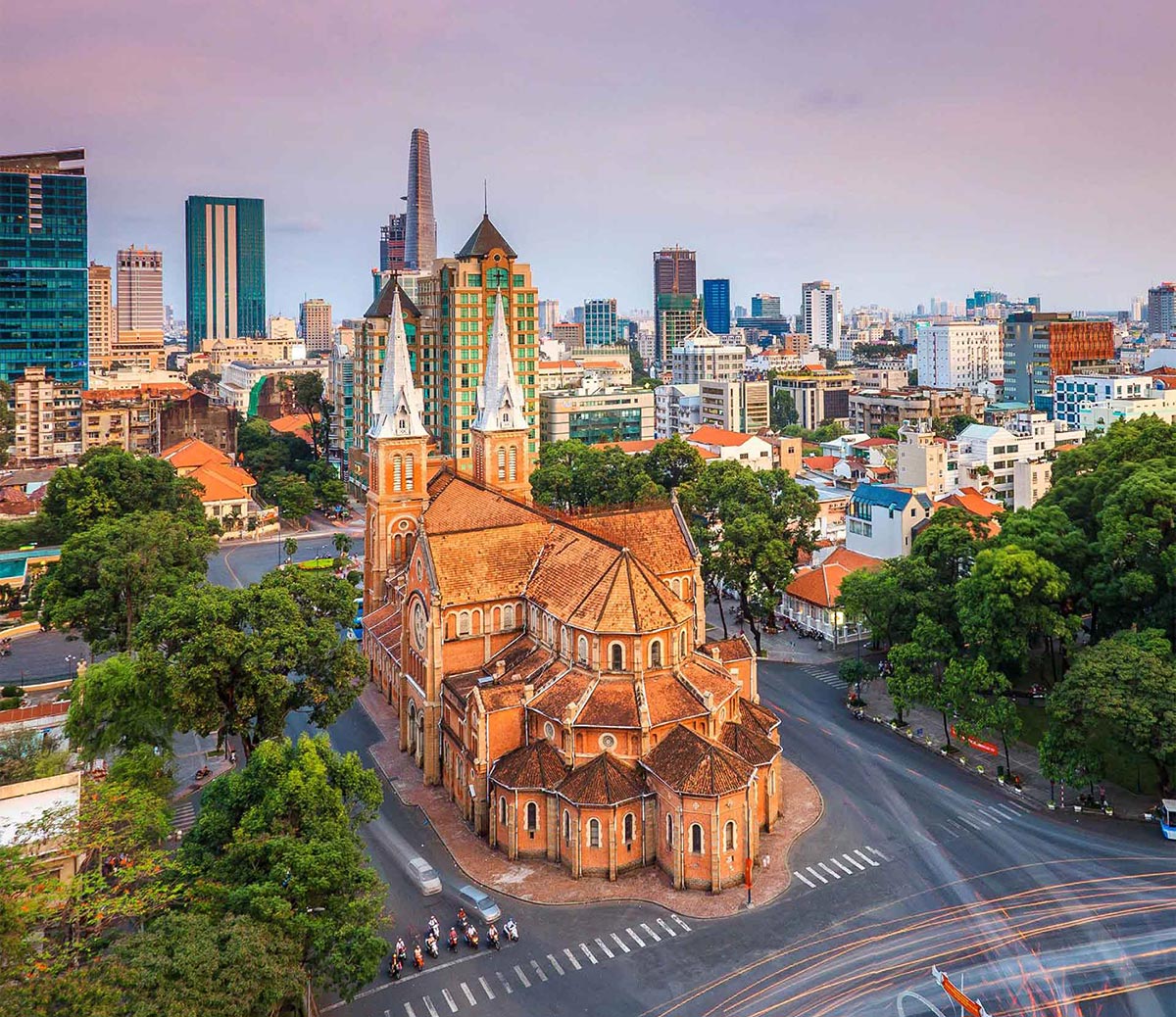 MWAP leveraged Manila Water’s skill sets and expanded to countries with similar characteristics such as Vietnam, Indonesia, and Thailand. Trailblazing in these new markets is one of the company’s step towards diversification of the business outside Philippine boundaries, while bringing its expertise in environmental responsibility to its partners and affiliates.

MWAP’s growing presence in the water sector throughout Southeast Asia aims to gain foothold and establish its reputation as leader and expert in the space. Leveraging this, MWAP remains focused on its business development efforts, poised to take advantage of investment opportunities beyond the region moving forward.

The Manila Water internationalization story started out with a five-year World Bank–funded non-revenue water (NRW) reduction pilot project between Manila Water and state-owned Saigon Water Corporation (SAWACO), in Zone 1 of Ho Chi Minh City in 2008. It has turned into a valuable business relationship, testifying to the value that Manila Water has created for Vietnam. 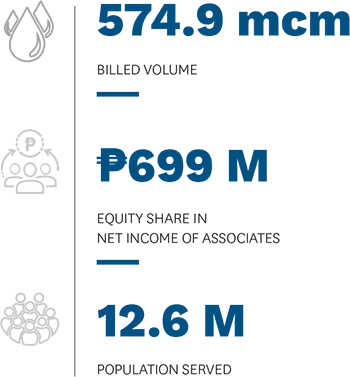 While the goal was to recover 38 million liters per day (mld), the actual volume recovered at the end of the project contract in 2014 was threefold at 130 mld. The success of the project benefited the previously unserved service areas of SAWACO, and more importantly resulted in earning the trust of the Vietnamese authorities and its local partners. This paved the way for the expansion of MWAP in Vietnam with the acquisition of two more bulk water companies under a take-or-pay arrangement. Both Thu Duc Water and Kenh Dong Water supply treated water to SAWACO, effectively covering one-third of the demand of Ho Chi Minh City’s 8,445,000 population.

MWAP owns 49 percent stake in Thu Duc Water, which has a bulk water supply contract for 300 mld supplying two urban (Districts 2 and 7) and three suburban (District 9, Nha Be, and Thu Duc) districts. Thu Duc Water’s revenues grew by two percent to VND335 billion in 2018 on the back of a two percent higher effective tariff per cubic meter of VND3,036. Thu Duc Water is currently seeking necessary approvals to expand its capacity to 600 mld to be able to serve more communities in Ho Chi Minh City.

MWAP also owns 47.35 percent stake in Kenh Dong Water, which has a bulk water supply contract for 150 mld, expandable to 200 mld, to supply three suburban districts of Binh Tan, Tan Phu, and District 12 in the southern part of Ho Chi Minh City. Kenh Dong Water posted a 0.4 percent revenue growth amounting to VND221 billion in 2018 as a result of a higher effective tariff per cubic meter of VND3,869.

Cu Chi Water, its first concession under a Build-Own-Operate (BOO) contract, is a water-supply system project in the Cu Chi District with a population of about 418,655. Furthermore, Saigon Water has a 43 percent stake in Tan Hiep Water, a 300-mld plant that supplies water to SAWACO in the area of Hoc Mon in Ho Chi Minh City, with a population of around 446,056.

It also owns a 51 percent stake in Gia Lai Water, a 20-mld full water distribution operation, servicing the Central highlands of Gia Lai Province with a population of roughly 1,437,400.

Saigon Water revenues were up by seven percent to VND249 billion in 2018, resulting from lower service income from its subsidiaries. The income from Saigon Water was reduced however by higher operating expenses, as well as the recognition of impairment as a result of the difference between its market price and carrying value.

As MWAP intensifies its expansion efforts within the ASEAN Region, Manila Water signed a Memorandum of Understanding in 2015 with PDAM Tirtawening Kota Bandung (PDAM Bandung), a water utility company owned and controlled by the city government of Bandung to reduce its NRW.

Bandung, the capital of Indonesia’s West Java province, is the country’s fourth largest city by land area and third largest city by population, with over 2.4 million people. Similar to Vietnam, MWAP demonstrated its capabilities with the completion of the NRW reduction project which reduced water losses from 59 percent to 23 percent. The project recovered 134,400 liters per day, enough to serve 379 new households or 1,590 people.

This success led to new opportunities to expand its presence in Indonesia’s water space. In 2018, Manila Water acquired a 20 percent stake of PT Sarana Tirta Ungaran (PT STU), a bulk water supply company with a capacity of 21.5 mld. PT STU services PDAM Kabupaten Semarang, a regency in Central Java, and industrial customers in its Bawen District, which includes PT APAC Inti Corpora, a 100-hectare textile and garment manufacturing company. The earnings contribution from this newly acquired associate in Indonesia amounted ₱1.4 million as of end-2018 on the back of 5.2 mcm of billed volume.

MWAP will continue to expand its presence in the country through the acquisition of existing water assets as well as pursuit of greenfield opportunities in strategic locations. 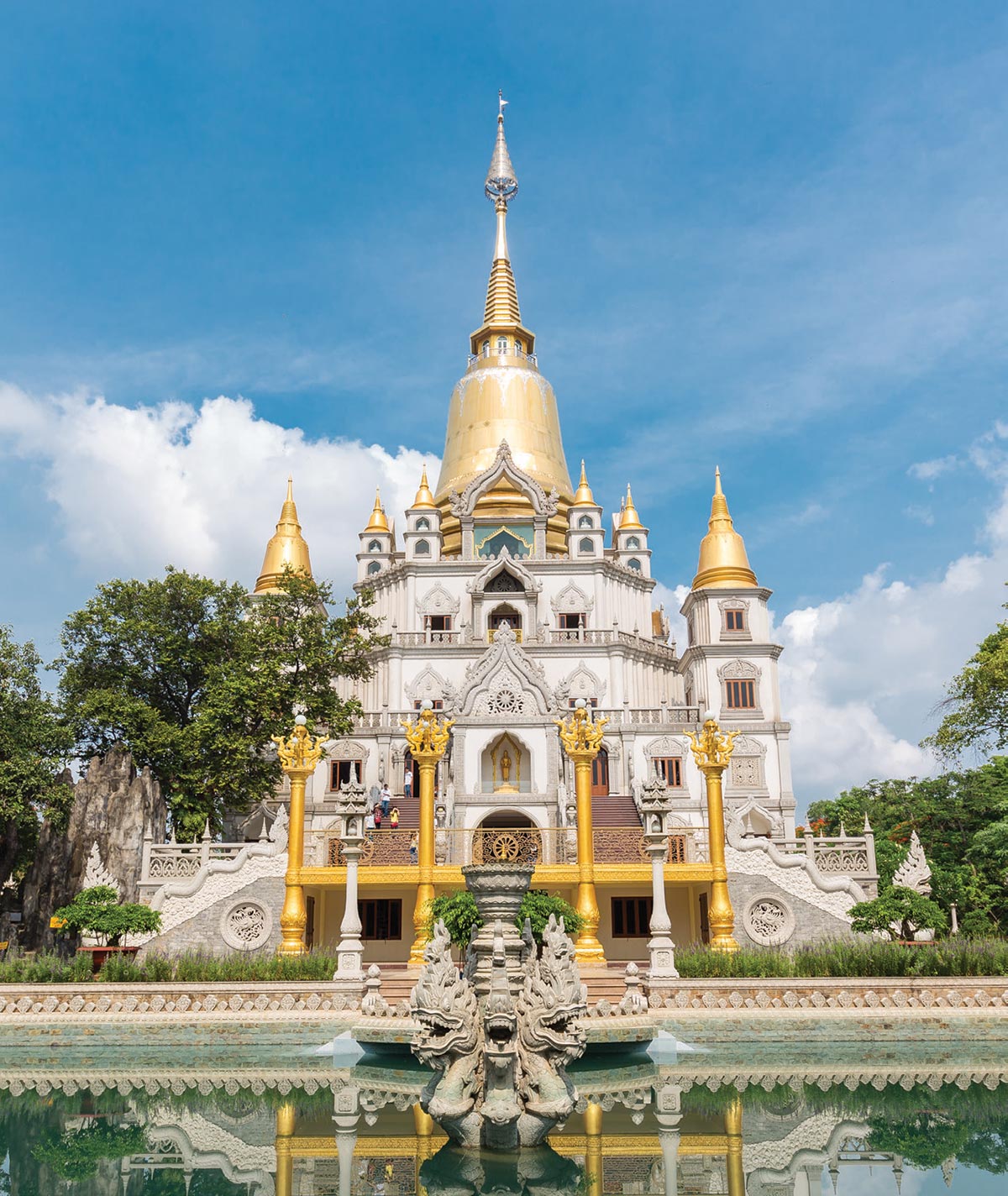 Expanding our reach in the ASEAN Region through our latest foray in Thailand.

East Water provides raw and tap water supply in the country’s eastern region, which covers the main industrial area of the country with a total area of 13,285 square kilometers or nearly as large as the CALABARZON region in the Philippines. The business draws its water from a combination of river diversion and groundwater.

The earnings contribution from this newly acquired associate in Thailand is ₱263 million as of end-2018 on the back of 316.5 mcm of billed volume.

MWAP will continue to build new partnerships in the region to take advantage of viable opportunities in the water sector, further underpinning the company’s internationalization efforts.