Wastewater Issues in the Manila Concession

In 2019, allegations of mismanagement of wastewater treatment in Metro Manila surfaced in public discourse, claiming that Manila Water has not invested in wastewater infrastructure despite collecting sewer fees from customers in advance, and that Manila Water did not comply with Republic Act No. 9275 (the Philippine Clean Water Act of 2004) thus contributing to pollution in the city.

This article intends to clarify the case pending before the Supreme Court and highlight Manila Water’s accomplishments on matters related to its wastewater service obligation under the Concession Agreement.

The Manila Bay Mandamus Case stemmed from a Petition for Mandamus filed in 1999 by the Concerned Residents of Manila Bay at the RTC of Imus, Cavite seeking to hold the relevant government agencies, which includes the MWSS, jointly and/or solidarily liable and to order them to clean up Manila Bay and to restore its water quality to class B waters fit for swimming, skin-diving, and other forms of contact recreation.

The case reached the Supreme Court and in December 2008, the Supreme Court rendered a landmark decision agreeing with the complainants, asserting the rights of future generations to a clean environment and strengthening the expectation on the government in ensuring environmental sustainability. The Court issued a continuing mandamus on the concerned agencies to rehabilitate Manila Bay and provide quarterly accomplishment reports. In the execution phase of the Manila Bay Mandamus Case, the Supreme Court created the Manila Bay Advisory Committee (MBAC), tasked to receive and evaluate quarterly progress reports on the activities undertaken by the various mandamus agencies in compliance with the Supreme Court’s decision. Through the MBAC, a set of key performance indicators and compliance timelines were agreed on which formed as the basis of the quarterly reports.

Acting on the recommendation of the MBAC, the Supreme Court issued a Resolution on February 15, 2011 ordering, among others, the MWSS to submit a list of areas in its franchise area which do not have the necessary wastewater treatment facilities and specified that the concessionaires of the MWSS are to submit their plans and projects for the construction of wastewater facilities in the said area the completion of which shall not go beyond 2037.

Manila Water was not a respondent in the Manila Bay Mandamus Case. However, the ramifications of the Supreme Court decision on Manila Bay prompted MWSS to redefine the wastewater targets of the concessionaires, leading to the extension of the Concession Agreement by an additional fifteen years to mitigate the tariff implications of such a massive capital investment on wastewater infrastructure.

The DENR PAB Case, on the other hand, was filed in 2009 by regional directors of the DENR Environmental Management Bureau against MWSS and the two concessionaires at the DENR’s Pollution Adjudication Board, claiming that the respondents did not comply with the provisions of Section 8 of the Clean Water Act of 2004, which states as follows:

“Sec. 8. Within five (5) years following the effectivity of this Act, the agency vested to provide water supply and sewerage facilities and/or concessionaires in Metro Manila and other highly urbanized cities… shall be required to connect the existing sewage line found in all subdivisions, condominiums, commercial centers, hotels, sports and recreational facilities, hospitals, market places, public buildings, industrial complex and other similar establishments including households to available sewerage system.”

Wastewater treatment before discharging to the river system

In response, Manila Water provided details of its compliance with Section 8 of the Clean Water Act of 2004 and reiterated its position that the construction of sewerage facilities to cover 100 percent of customers in its service area should be within the context of the Manila Water’s concession agreement with the MWSS.

The case reached the Court of Appeals, and eventually the Supreme Court. The Supreme Court rendered a decision in August 2019 upholding the decision of the trial court and the Court of Appeals and finding the MWSS and Manila Water jointly and solidarily liable for a total amount of P921,464,184 covering the period May 7, 2009 to date of promulgation (August 6, 2019). The Court likewise imposed a fine in the amount of P322,102 per day subject to further 10 percent increase every two years as provided for under Section 28 of the Clean Water Act, from finality of the Decision until full compliance with Section 8 of the said law.

ON THE MATTER OF MANILA WATER’S WASTEWATER SERVICE TARGETS

The sanitation and sewer coverage targets of Manila Water have evolved through the various rate rebasing exercises, influenced by changes in legislation and jurisprudence which were not anticipated in the bid terms set in 1997, particularly the issuance of the Clean Water Act in 2004 and the Supreme Court’s 2008 continuing mandamus for the cleanup of Manila Bay. The high court’s decision in the Manila Bay Mandamus Case prompted MWSS to extend by 15 years the concession to 2037, in order to mitigate the massive tariff impact to the customer. Manila Water has a master plan consisting of several wastewater projects across the rest of the concession period to deliver full coverage. All wastewater investments in the pipeline regularly undergo review and approval by the MWSS regulatory office.

All wastewater investments in the pipeline regularly undergo review and approval by the MWSS regulatory office.

Since the year 2000, Manila Water embarked on a series of wastewater infrastructure projects which were intended to expand service coverage on top of the already existing wastewater facilities inherited from MWSS in 1997, such as the various communal septic tanks of public housing estates and the Magallanes sewage treatment facility which was built by the developer of Makati in the 1960s (when it was not even required by law) and turned over to the MWSS long before privatization.

For the Manila Third Sewerage Project, the combined sewer drainage approach was adopted in order to accelerate the capture and diversion of untreated or partially treated wastewater towards treatment facilities, using existing drainage canals and new interceptor lines. Laying down a separate network of sewer lines deep underground would have required a much larger capital investment, taken more years to complete and disrupted road traffic significantly. 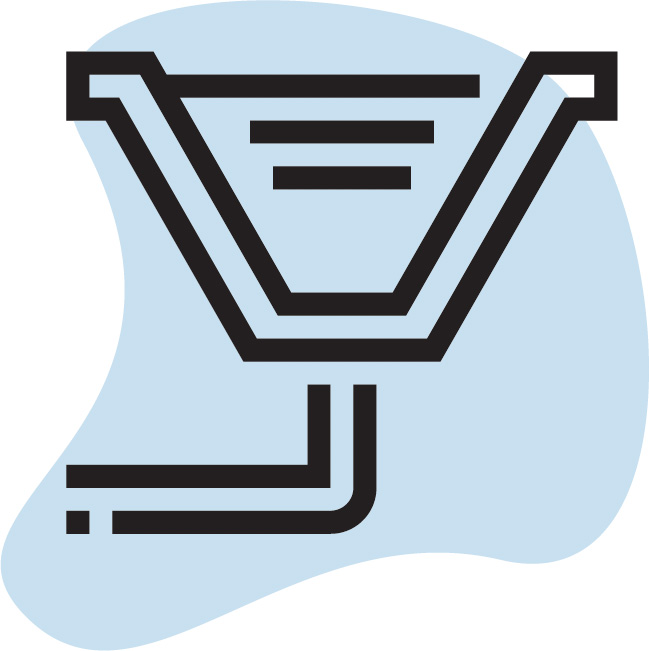 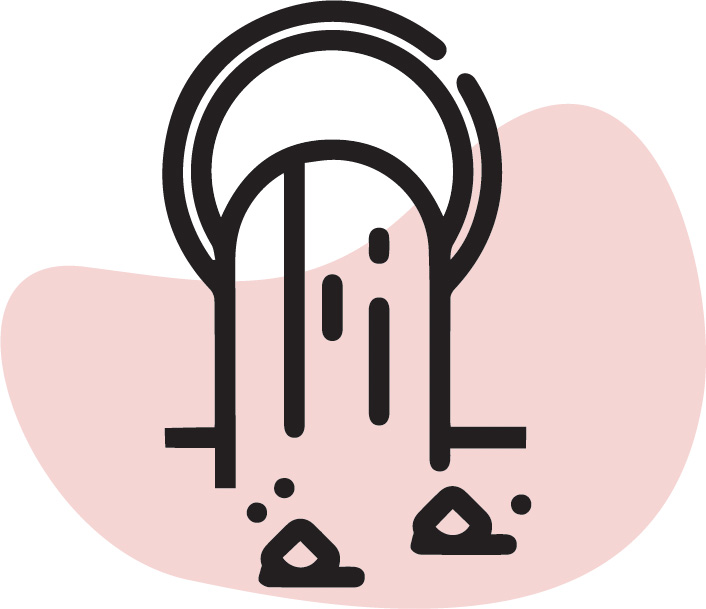 Tons of CO2 (eq) emissions avoided due to wastewater treatment

As of the end of 2019, Manila Water operates 38 sewage treatment plants and 2 septage treatment plants in Metro Manila’s East Zone, capturing wastewater from 395 km of sewer network and septic tank sludge by a fleet of 64 desludging trucks of various sizes.

From a regulatory perspective, the treated effluents from all wastewater facilities have consistently complied with the discharge limits for Class C water bodies set by the Department of Environment and Natural Resources and the Laguna Lake Development Authority. 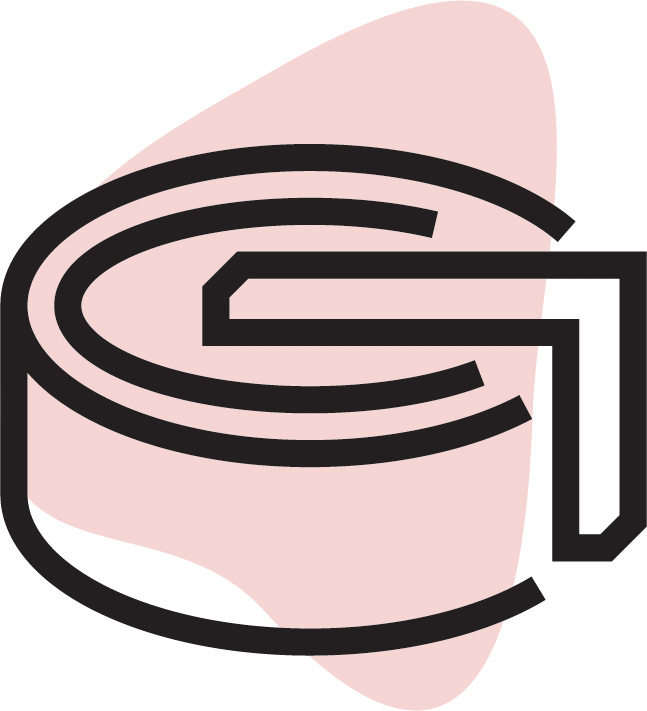 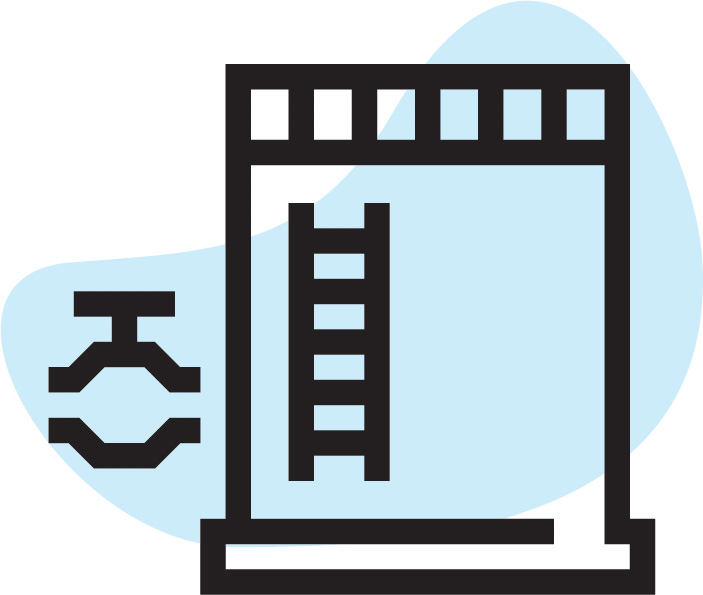 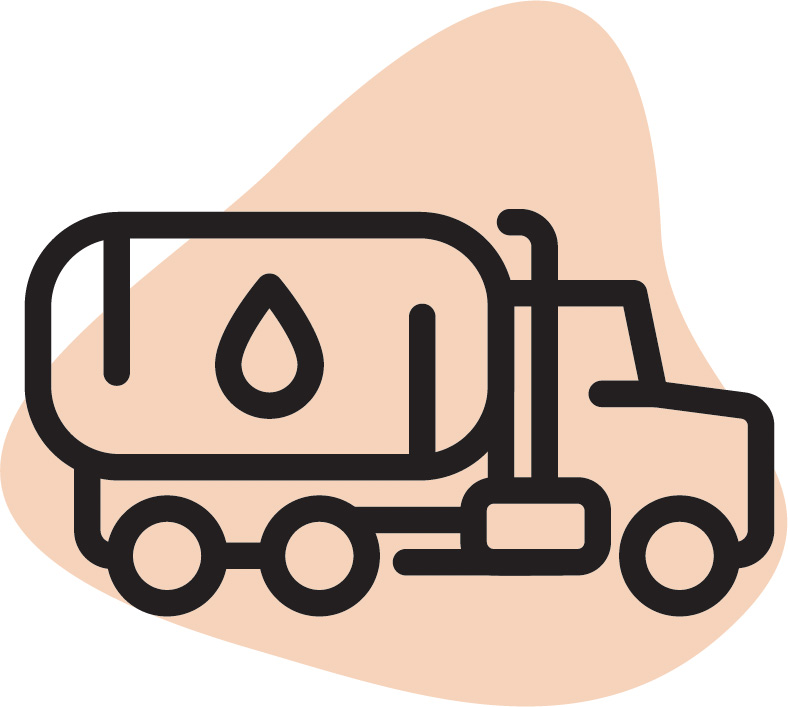 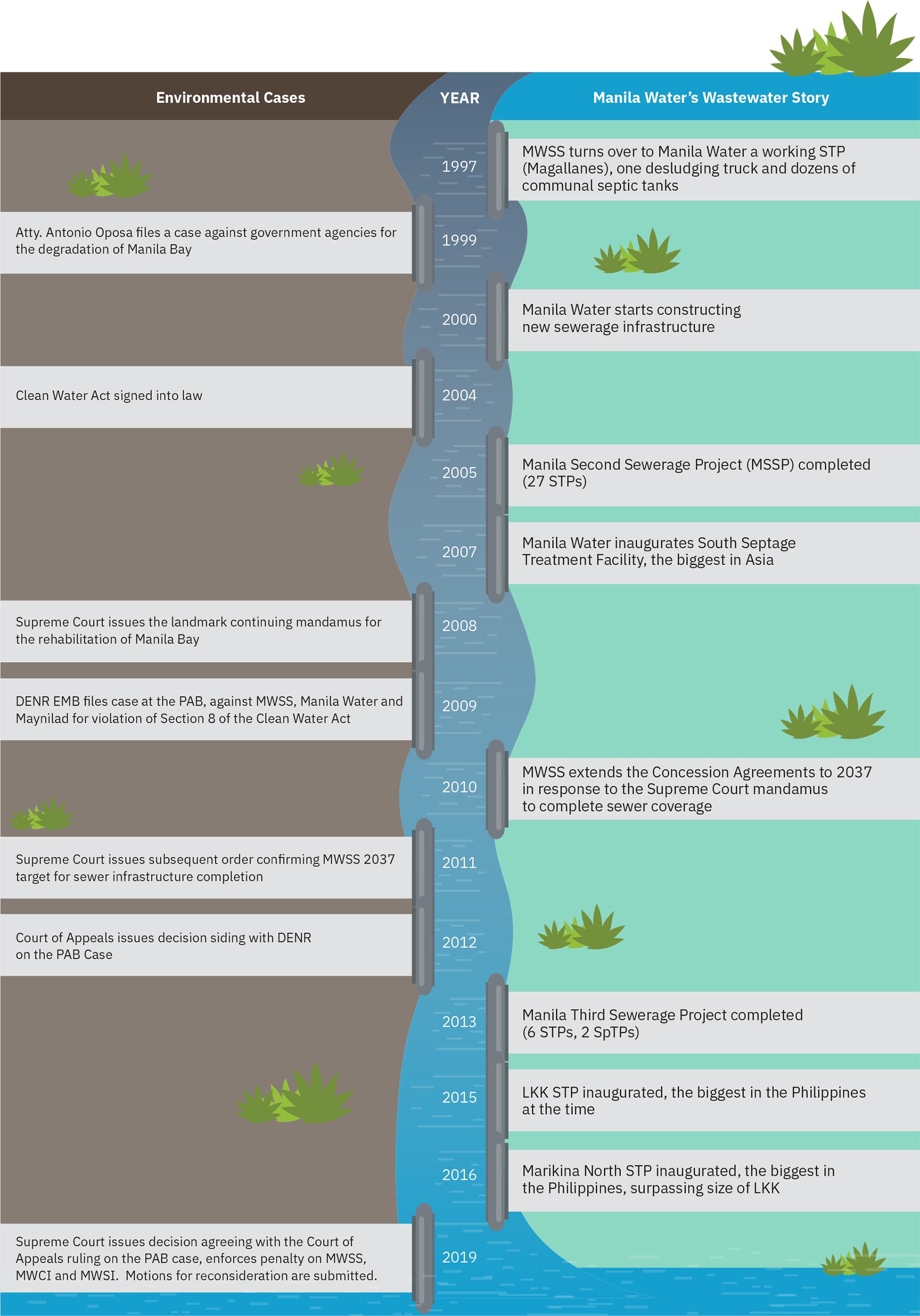 Manila Water has proposed a dozen more projects in the pipeline to complete wastewater coverage in the East Zone concession, in addition to retrofitting operational facilities for the ability to remove nutrients in effluent. The latter is in response to a new set of effluent standards imposed by the Department of Environment and Natural Resources (DENR DAO 2016-008) to help reverse the degradation of water bodies such as Laguna Lake which suffers heavily from algal blooms and eutrophication, and help realize the rehabilitation, protection and enhancement of the Manila Bay ecosystem.

Fulfilling the wastewater commitments of Manila Water is heavily dependent on the support of national and local government agencies, as well as the customers themselves. Wastewater infrastructure projects are dependent on the timely acquisition of land and rights of way, and despite provisions in the Clean Water Act requiring local government units to provide land for sewer treatment plants, most of the time land has to be purchased or expropriated from government or private owners. Laying down or rehabilitating sewer lines inevitably causes traffic disruption and various inconveniences to the public. And with full cost recovery as a key financial mechanism in the concession, the customers have to eventually pay the bill in protecting the environment. Ultimately, the traditional indifference and ignorance on sewerage and sanitation, the ‘not in my backyard’ attitude and the lack of acceptance of the ‘polluter pay principle’ need to be overcome so that public and personal support to the environmental sustainability of communities is ensured.

In spite of the execution and legal challenges on the wastewater part of the business, Manila Water will continue to strive in expanding its capacity to capture more pollution and contribute to the cleanup of the city’s waterways and Manila Bay, consistent with its often repeated mantra of having a ‘mission to fulfill, not a business to run.’

The MWSS Concession model allows for full cost recovery of investments and expenses in the course of delivering on their service obligations in both water and wastewater. The MWSS uses prudency and efficiency tests to determine which expenses are allowed to be recovered. By design, full cost recovery occurs only at the end of the concession period, and tariffs are adjusted by the MWSS Regulatory Office every five years to incorporate past and future expenditures as the business plans are recalibrated to adapt to external developments which redefine asset standards and operating targets. Examples of these developments were the acceleration of wastewater service coverage target to 100 percent imposed after the Manila Bay Mandamus Case, and the revised effluent standards of 2016.

From the start of concession until the end of 2019, Manila Water has invested a total of P33.44 billion in constructing new wastewater treatment plants, laying new sewer lines, refurbishing existing infrastructure and acquiring movable assets such as desludging trucks. It has also spent a total of P10.12 billion in operating expenses which include manpower, electricity, chemicals, regulatory environmental user fees, and ancillary services such as sludge disposal and water quality testing.

As of the end of year 2019, Manila Water has collected a total of P40.65 billion in sewer and environmental charges. This figure is regularly reported to MWSS which consolidates the data with the other concessionaire for its quarterly submittal to the Supreme Court. 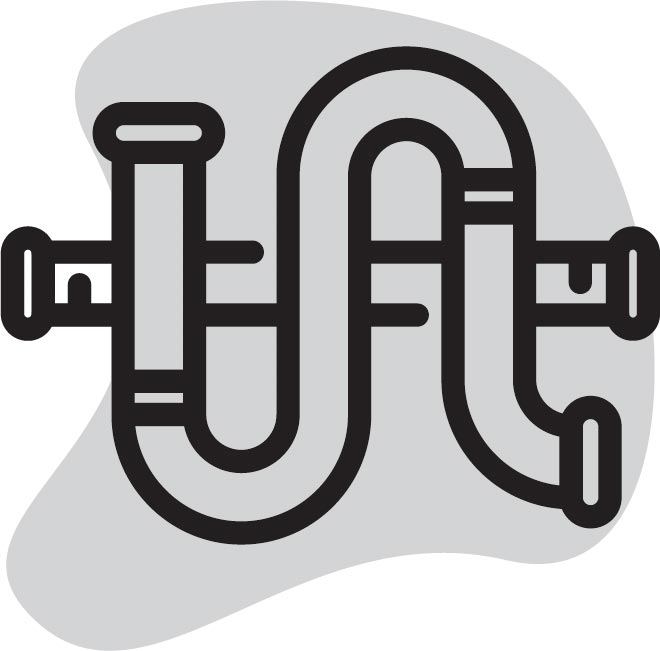 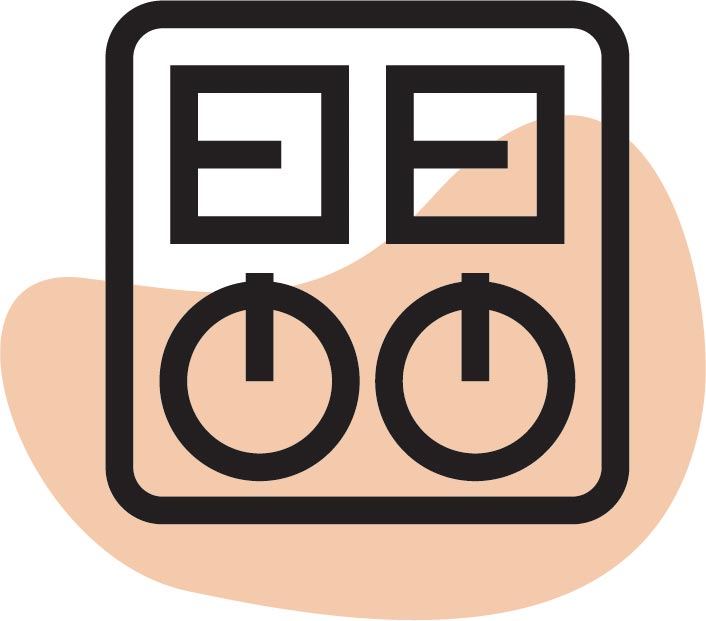 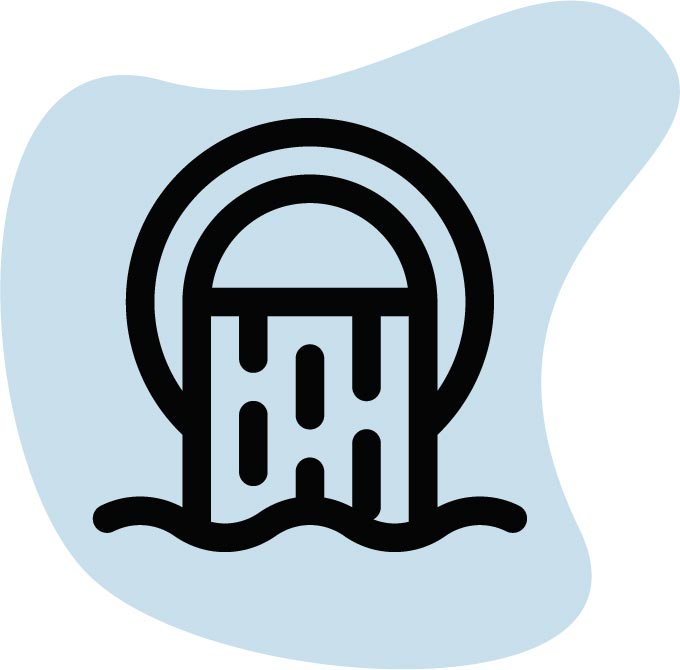 Collected in sewer and environmental charges